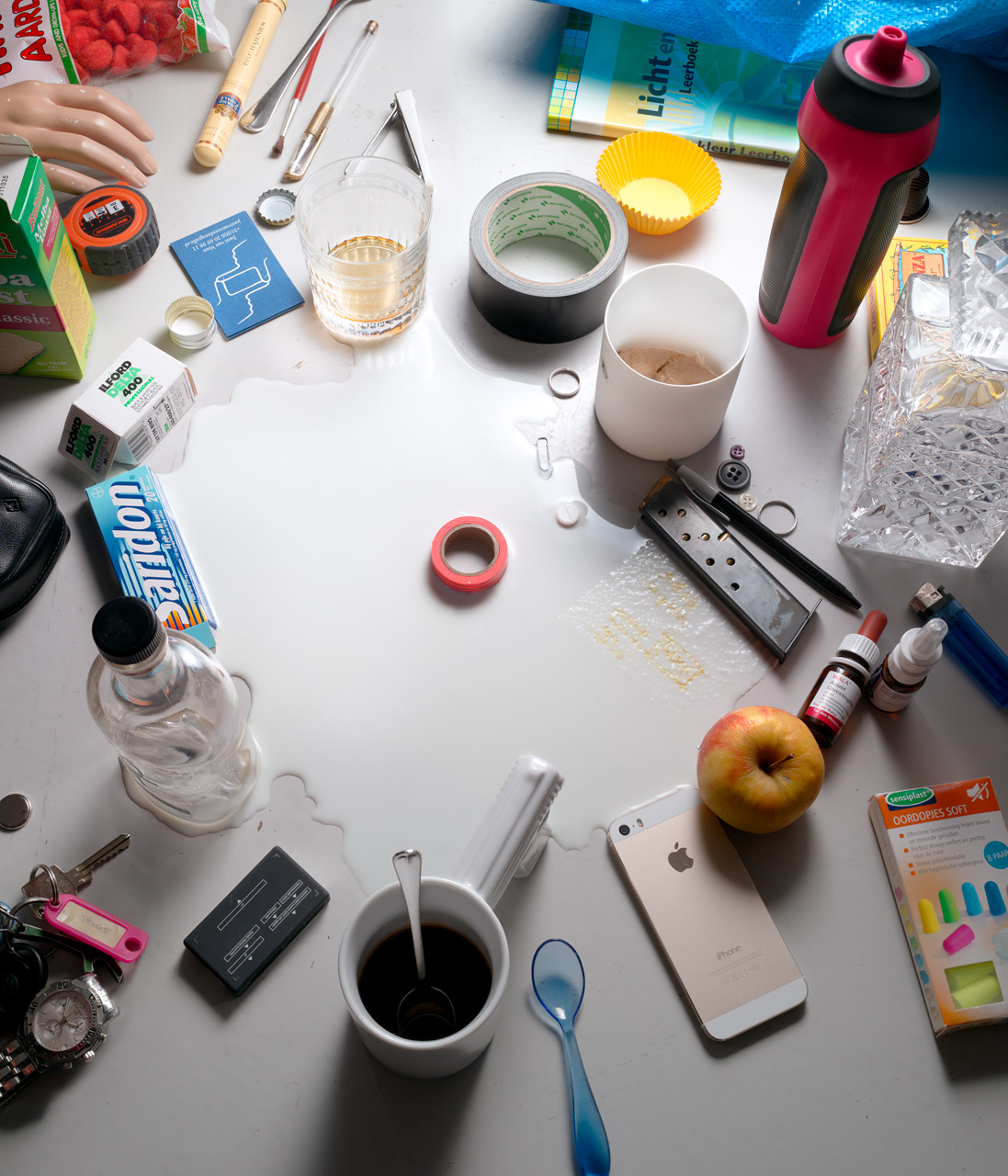 Sill Life With Milk is a photograph by Elspeth Diederix. I have been a fan of her work for a long time. In fact: the first post on this blog is about Elspeth Diederix. Last week I re-made her famous still life (with milk) from 2002.
The original still life was allegedly produced in New York with items that were already on the table (though not in that composition). Elspeth is inspired by those moments when everyday objects lose their logic and become abstract. “Moments when you are suddenly overwhelmed by the invasion of objects and how they start to live a life of their own.” (Source: Washington Post.) Printing the photograph very large, about 1.8 meters high, is to make the viewer take a second look at such ‘normal’ everyday objects that you would normally not give a second glance, according to Elspeth Diederix.
My answer is kind of the same but we already know that we will look more intensely at these objects because they are now part of an artwork. I exchanged some of the everyday objects for less everyday objects, to emphasize the strangeness of the arrangement. I also left out the money and put in my phone, to transport the photograph to 2017.
While working on this remake I was thinking how different it must be to create something new and be inspired by a feeling or a moment, a mood and things and light and stuff, as opposed to work meticulously on a pretty much defined end result, especially since that last route makes it so much harder to transcend the ordinary. I started thinking that probably the large potential to “fail” if you just start on a photograph somewhere is holding me back. Even though that is hardly rational.