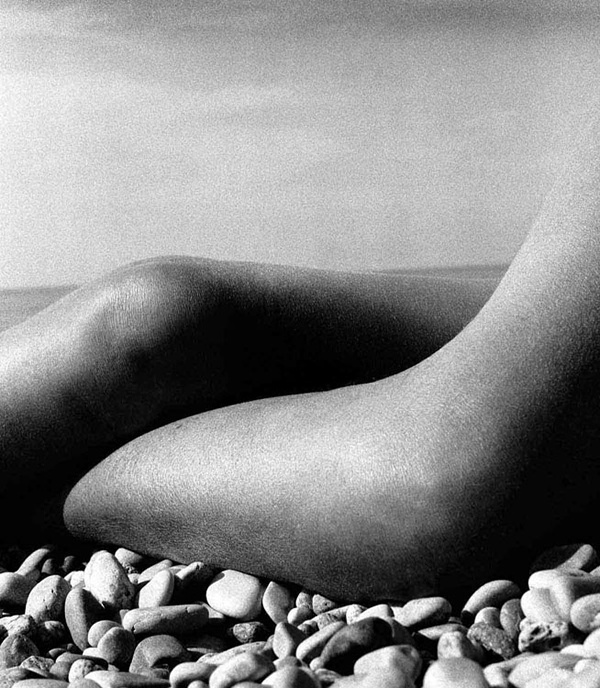 For a famous photographer Bill Brandt is rather unknown in certain circles. I hadn’t heard of him until I started studying at the Fotoacademie a couple of years ago. As far as landscape photography goes I was mostly exposed to Bernd and Hilla Becher and their pupils such as Thomas Struth and Andreas Gursky, and also a bit of Ansel Adams, no getting around him there of course. Stark factual work that attempts to impress the viewer with consistency, if not rigidness, and technical proficiency. So for me the landscape photographs by Bill Brandt were a relief.

Bill Brandt, born in 1904, started out as a documentary photographer in the 1930’s in England. His documentary work reminds me of his contemporary William Eugene Smith, probably because of the shared subject matter. But I will remember Bill Brandt for his creative whimsical landscape photographs with human bodyparts.

Bill Brandt the artist is born

The birth of the (successful) artist interests me, because I too want to become a successful artist. I have so far distilled a couple of ingredients.

Bill Brandt had a somewhat tormented youth during WW I, having a German mother and English father. Later he got sick and was sent to Davos to recover (wish I were sent to Switzerland when I were sick). He subsequently had his burn-out at a young age, beating all the current burnt out millenials by almost 100 years. Afterwards well known socialite Eugenie Schwarzwald took him under her wing. I realise this was then probably in no way as simple as I describe it here. But since it is in the past, it actually really is that simple. If it were not the case, nobody would have heard of Bill Brandt. In 1928 while in Paris (or some say it was still in Vienna) he took a photograph of Ezra Pound who introduced him to Man Ray as a thank you. Well, there you have it, an artist is born.

That’s all well and good, I am just grateful Bill Brandt found the time and energy to create these wonderful landscapes. Enjoy!