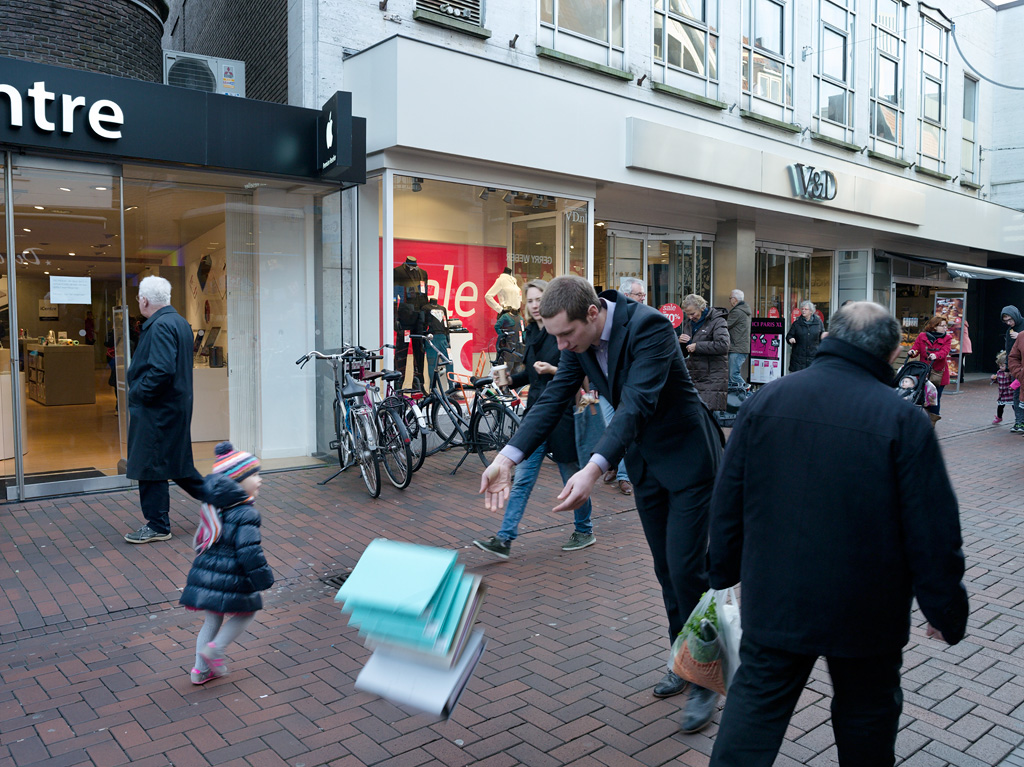 It is only now that the bankruptcy of Vroom & Dreesmann made me think of a little episode from my own life. They were my first employer after my paper route. By “they” I mean the department store chain the retail company Mr Vroom and Mr Dreesmann started in 1887 evolved into. I was a salesperson at the toys and electronics department. I have never known why these departments were combined. After my two bosses had given me conflicting instructions several times and then praised me for sitting on a secluded chair a couple of hours doing nothing it occurred to me (once again) that the world must be absurd.
There was a head office that was as anonymous as it was oblivious to us. It could be reached by the button “Head office” on the fax machine that was located at the personnel entrance. I started recruiting lower employees like myself, blew up their photo ID and faxed it to the mysterious office.
After a couple of heads, they send one back. I thought someone had understood me, but alas, it was one of my own and on its face was written “Who is this?????”. They were pissed. I confessed the terrible deed, got chewed out but they kept me on.
It is by no means comparable to Jackson Pollock walking over to Peggy Guggenheim’s fireplace at a polite party – and urinating into her hearth, but still.
I was making a point and the drones did not get it.
R.I.P. V&D.

2 thoughts on “The unfortunate demise of Vroom & Dreesmann”