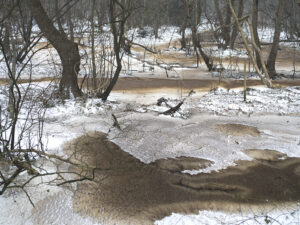 Guess what arrived today? Yes, my brand new Pentax 645Z medium format digital camera. Pentax was my ticket into the world of medium format photography and this is the latest addition to my small collection of Pentax cameras. As I have a nice set of lenses for the 645 system I bought just the body and I had it delivered home.

The outer box when opened reveals a grey box with just Pentax on it. When you open the grey box a black box appears with 645Z on it. A nice touch is the inside of the top cover of the grey box, with Ricoh pledging to be a companion to form important moments with in my life.

When the lid of the black box is lifted it reveals the camera body, nicely packaged against scratching. Below the body the necessary accessories are found. I am quite pleased that the 645Z uses the same kind of D-LI90 battery as the 645D. This means that I can use the spare batteries I bought with the 645D with the 645Z too and I now also have a spare battery charger.

I fitted the eyepiece to the body at once and found it to be rather loose. I probably didn’t fit it correctly though. I left the camera strap in its packaging for now. I always use Op/Tech camera straps on my heavier camera’s and with a weight of 1,555 kilo (including batteries) this camera certainly qualifies in that category.

If you’ve read my thoughts on the Pentax 645D a few years back you know I love the ergonomics of these cameras. They fit comfortably in my hands and I use them hand-held quite regularly. I am not going to repeat my rundown of the 645D here (I might do a more thorough comparison later) but for now I will focus on the differences that appear when seeing the 645Z next to its older brother.

The first thing you notice however is how alike these two cameras are. At first glance, the differences are minimal. Yes, there is a new and shiny silver Pentax badge that replaces the black badge on the 645D but the other changes are less conspicuous.

After the badge the first thing you’ll notice is a different view screen. Unlike the 645D, this screen can be moved and that is quite useful combined with live view (another improvement) when you’re shooting at otherwise awkward angles. The buttons on the right of the screen are positioned slightly different from those on the 645D and not without reason, as the 645Z sports the already mentioned live view and the possibility to shoot videos. The operating buttons for these functions had to be included.

Looking at the top of the camera a few things are different: The options wheel has three extra user options (U1 to U3) and tiny holes appear on the left (1) and right (3) side of the viewfinder prism housing. These are the stereo microphones and a small two-hole speaker the camera uses when capturing or viewing video. Also the four buttons on the left have been rearranged.

But there is more than meets the eye in the Pentax 645Z. It had a new 51,4 megapixel CMOS sensor – yes, the same one that equips the Hasselblad H5D-50C and the Phase One IQ250! Also the processor is quite a bit faster and that leads to a (for medium format cameras) whopping 3,1 shots per second.

I am quite keen to discover what all this means for the actual images.

As I write this it is a comfortable 20 degrees Celcius inside. Outside however is another matter. At minus four degrees Celsius with snow falling and a fierce wind blowing sane people would stay indoors. I however ventured outside, bringing my new camera with me.

One of the things I love about the Pentax 645 series is its ability to use very different lenses on it. While I’ve always loved the ‘native’ 645 glass the fact that with an adapter you’re able to use 67 series lenses on any Pentax 645 model is perfect for me since I started out with the Pentax 67 series to begin with and I’ve managed to obtain quite a few 67 lenses.

If you can, use a Pentax built adapter that allows for the proper use of your aperture ring, this avoids having to open up the lens completely to focus and then ‘stopping down’ to your desired f-stop. Other lenses however can also be used with an adapter.

If you’re a fan of Carl Zeiss lenses you’re in luck because adapters exist for both the Hasselblad V mount and the Pentacon 6 mount that allow you to use both the West- end East German built Carl Zeiss lenses on a Pentax 645 series camera. And if, like me, you dabble in Soviet/Ukraine built cameras like the Kiev 88CM and their lenses you can use those lenses as well as they use the same Pentacon 6 mount.

Our climate is influenced by the North Sea and the Atlantic Ocean with relatively cool summers and moderate winters – i.e. not that much snow and sub-zero temperatures. If however the east brings us cold and snow it is almost impossible for me to resist venturing out and enjoying the snow. As such I grabbed my Pentax 645Z and off I was to get me some shots.

As this was the first time I would take the 645Z in freezing temperatures there were a few things for me to test:

I wasn’t worried about the snow and gales, the 645Z – like its predecessor – is built like the proverbial tank, is equipped with weather sealing and can take care of itself in inclement weather. What I found was that

Another observation is that when you use an auto focus lens the actual area covered by the focus points is not that big. As it originates from the K-3 and the 645Z has a bigger sensor this is something to be expected but if you want to keep your point of interest focused it tends to be at the center of your composition. Is this a big deal? Not really, I plan to use a lot of manual focus lenses on it and when shooting aviation where I do use auto focus I tend to have the aircraft in a frame-filling position anyway so no worries there. And the image quality? Hot damn, this camera delivers! I’m quite happy with these first results.

These photos were converted from RAW to JPEG and resized, other than that no changes have been made.