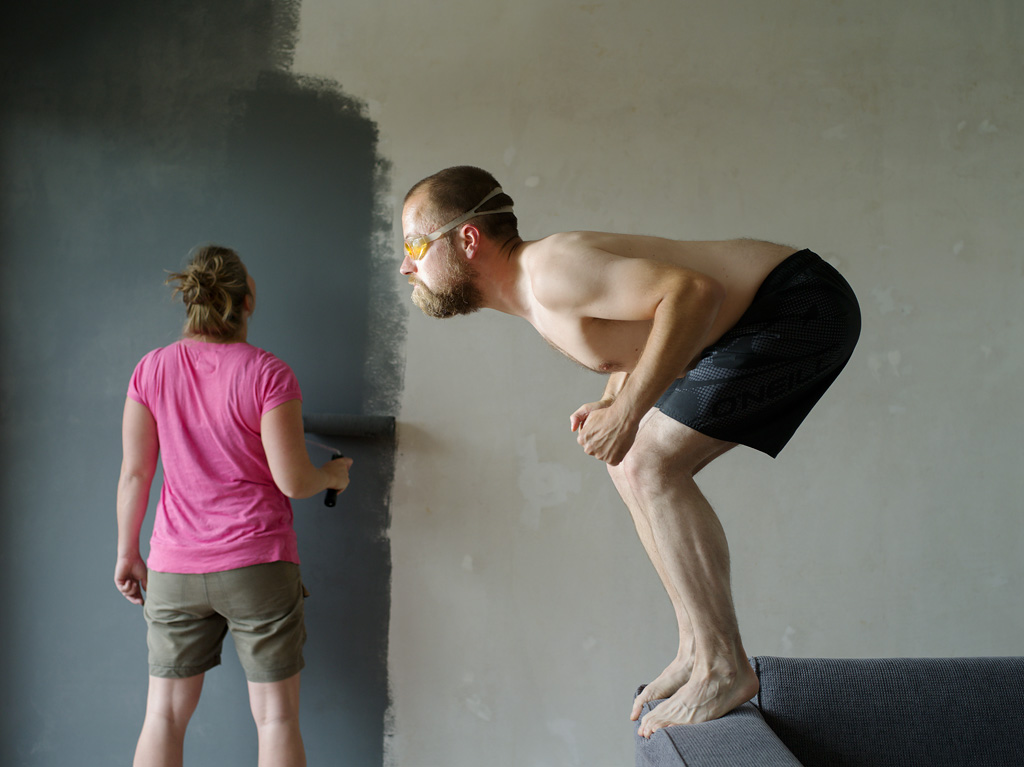 As some of you may know I changed some things a couple of months ago as I suddenly realized I would have to live with myself for another 40 years or so. Maybe I just should have bought a motorcycle and be done with it but I decided to forego the instant gratification and dig a little deeper.

Part of my dismay was my lack of emotions, intuition and the like. By rationalizing everything to death I was left with no feelings. At least: I could sense a hint of a feeling sometimes, but unable to explain it adequately it would be automatically, subconsciously, ignored; rendering my personality quite incomplete. People have called me dulled…

In addition a strange inability to spring into action had been haunting me the past couple of years. Sure, I vacuumed my living room once in a while and changed the sheets on my bed, maintained this blog, posted to Facebook… But there were circling thoughts in my head that prevented me from moving forward. Circling thoughts having to do with the inability to “do” something which those very thoughts seemed to be both the cause and effect of, and that could only, easily, be shut up by drinking whisky and watching movies.

So, 2014, my life had come to a complete standstill, nothing to do, nothing to want anymore. Stuck in repeating patterns that had the potential to go on for decades. This is not a classic dark-valley / depression story: since I “felt” nothing about it there was no immediate problem. I did not despair or want to die() like a php script or anything like that. I just woke up around that ominous birthday.
There was no elaborate plan, I simply decided to do some things differently that would require little effort (I know myself: if there is a lot of effort involved I tend to fail), hoping that would spark a change in my core being as well.

Early 2015 I booked six sessions with a therapist who helped me get back in touch with what was happening inside me besides my overdeveloped thinking. Especially acknowledge and then accept parts of me that had been quasi unknown to me before. And realize how it could be the other way round: most of the time, my therapist said, she treated people who needed a way to live with all those uncontrollable feelings that I had been controlling into oblivion since childhood. This opened my eyes to how other people might be functioning and to why I had never understood them.

All these things helped me loosen up about myself, accept the way I had become and realize that this was in no way final, nor was there anything wrong with it. Not only on a conscious level (which I of course already did, without it being very helpful), but really integrate into my being the learning experience that this life is. I learned to say “I” and “me” (instead of the generic “you” I always used in conversation, implying there was some universal blueprint “one” should adhere to).

This acceptance had finally made it possible for me to be honest with myself. And in all honesty I saw that I needed to tune down my ambitions and forget the notion that I was “better”. Maybe even accept some schooling in the end, and that it could be fun, not a dreaded way to accomplish some unrelated goal (the road is the destination and all that). And that I am always going to be “worse” at some things than others and that it’s alright, because I am just me and it does not imply any judgment.

So I registered at the Fotoacademie for the four year part-time education, after passing their admittance test last july.

Say YAY for me on this exciting new journey that I have no idea about how it will turn out and YAY for all the stories about my progress and the assignments of the Fotoacademie that I will be sharing here.
You can say YAY in the comments below if we don’t bump into each other regularly. 😉