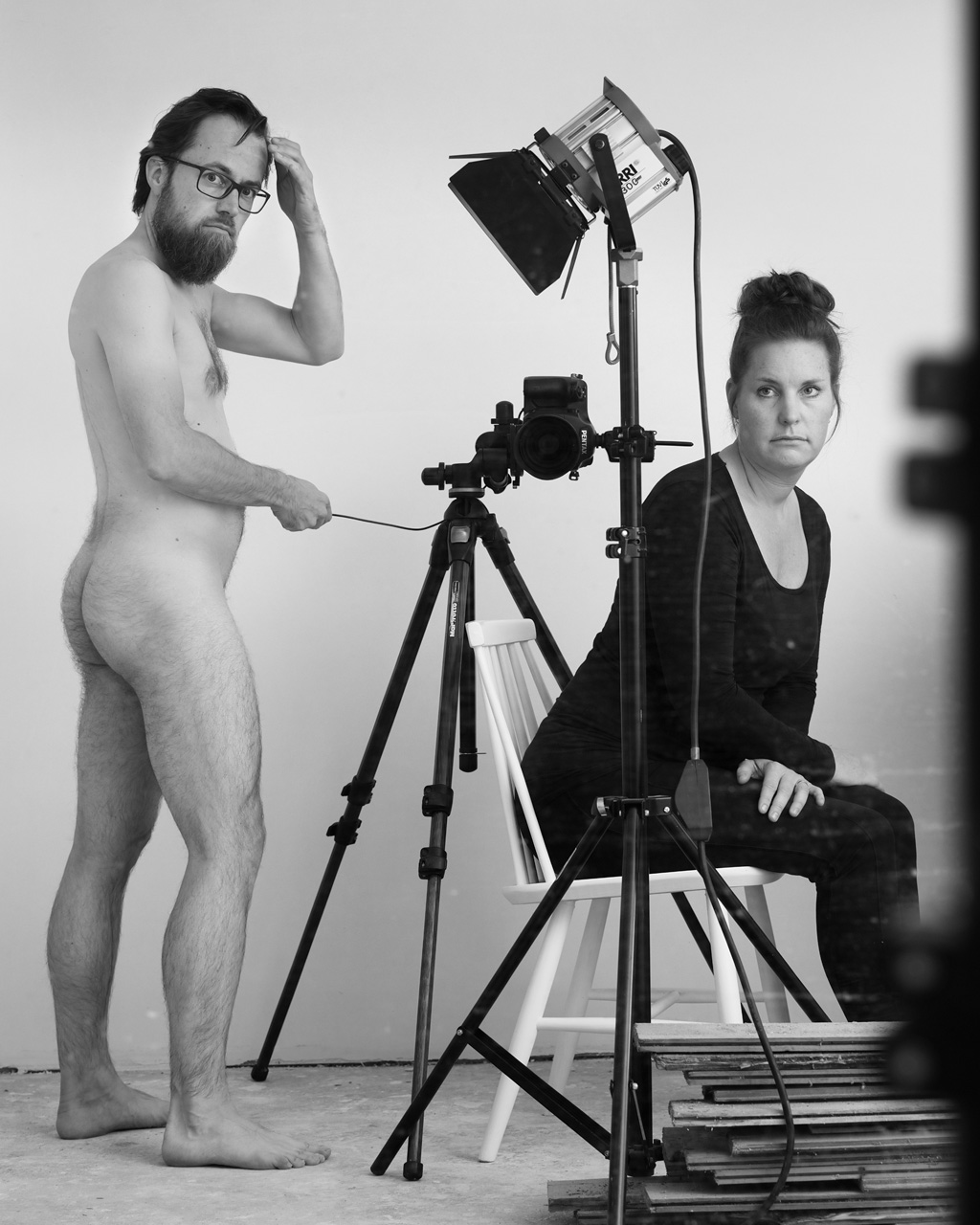 After the summer break, fixing up our house and moving into it, I’m kickstarting photography again. To my surprise this makes me feel like one of those flies frantically trying to exit the room through a glass window while the door next to it is wide open.

With series like Human males in contemporary society and soon a series featuring women, worktitle: Sea line women, I am way outside of my comfort zone looking for magic, but I am not really getting what I am supposed to do there exactly. I clearly feel a barrier in my mind. Could be my overdeveloped ratio. In conversations I can keep up with ideas flowing and I know technical stuff like nobody else, even know my way around art history a little, but when given space in the conversation to interject something creative I mostly stutter, my mind is racing and presenting the same black hole over and over again. It can be frustrating at times. I feel I am constantly brushing against ideas but not getting them.
Recently I had an interesting discussion about substance that pertains to this feeling of not getting it. For a long time I thought “action” would be the cure. If I don’t do anything, ideas will not flow, I will not discover what it is that I enjoy most and thus has potential to become world class. I still think action, activity, is an important part of the journey, and for me it is crucial since I have such a large tendency towards inaction. But I need another factor to get closer to the destination.
Following the discussion about substance I have decided not to enter the Lensculture Emerging Talent Awards. I was planning to enter this year but can not get an entry together for the life of me. This has directly to do with lack of substance. What is substance? We talked about what lingers after you have seen the image, that could be substance. The fact that it is clear that something happens before or after the photograph, could be substance. Something a photograph conjures up in your mind that is not the literal photograph itself, some feeling about the subject or relationship between subjects or subjects and the photographer, could be substance.
We concluded, for now: substance is anything that is not in the photo but is in your mind as a result of seeing it, looking at it. While this is a bit one dimensional still it opened up a little door in my mind. I am now going through that door looking for substance.
Because I want my work to be in galleries and ultimately museums the substance has to be fully in accord with the image, this sparked the discussion originally. I have been trying to put something beyond the photograph in my photography of late, but not always the right thing and not enough maybe. I’m thinking of Sally Mann now, since I have been watching the documentary about her from 2005. She is of course an icon, but I have a hard time detecting substance in her photographs. Is it just that they raise questions? For instance: can you do that to children? With Gregory Crewdson it’s pretty thin as well, each photograph is a significant slice of time but then again, why isn’t it “just a car on an intersection with a pregnant lady crossing the street”, &c.? It’s not a lot more, but I have to admit that there is some more. I will be going after that substance.
In addition I was at the Fotoacademie last evening, putting sheets of 4×5 inch film in cassettes. This was a new experience I could get used to. When I opened the box a whiff of chemicals came through my nose, so unlike digital! The tactile experience of handling the sheets of film and cassettes in pitch black delighted me more than I would have thought beforehand.
Save
Save
Save
Save
Save