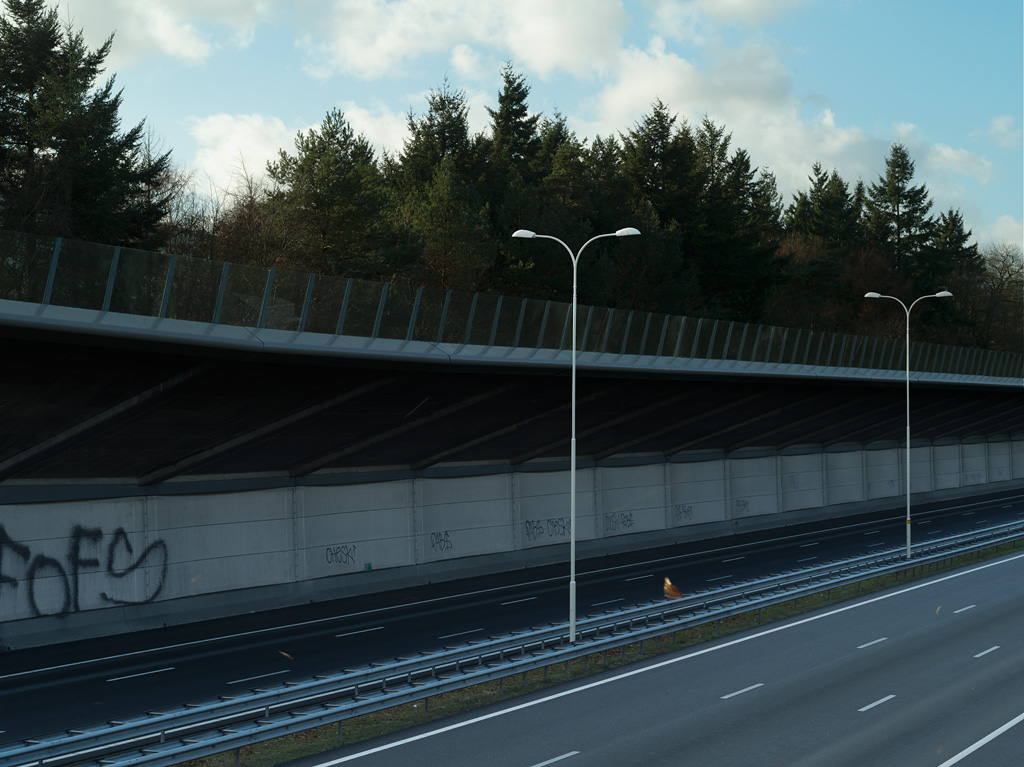 In 2012 I started a series of photographs on and around the Dutch highways. This was for a joint project that is still in the works, but the subject on its own also started to intrigue me. I hated to go to these places alone however (nosy people, shady people, boring drives), which is why I stopped shooting it. Today a friend was kind enough to drive me around, this was much better. We had a nice lunch together as well. Will do this again most likely.