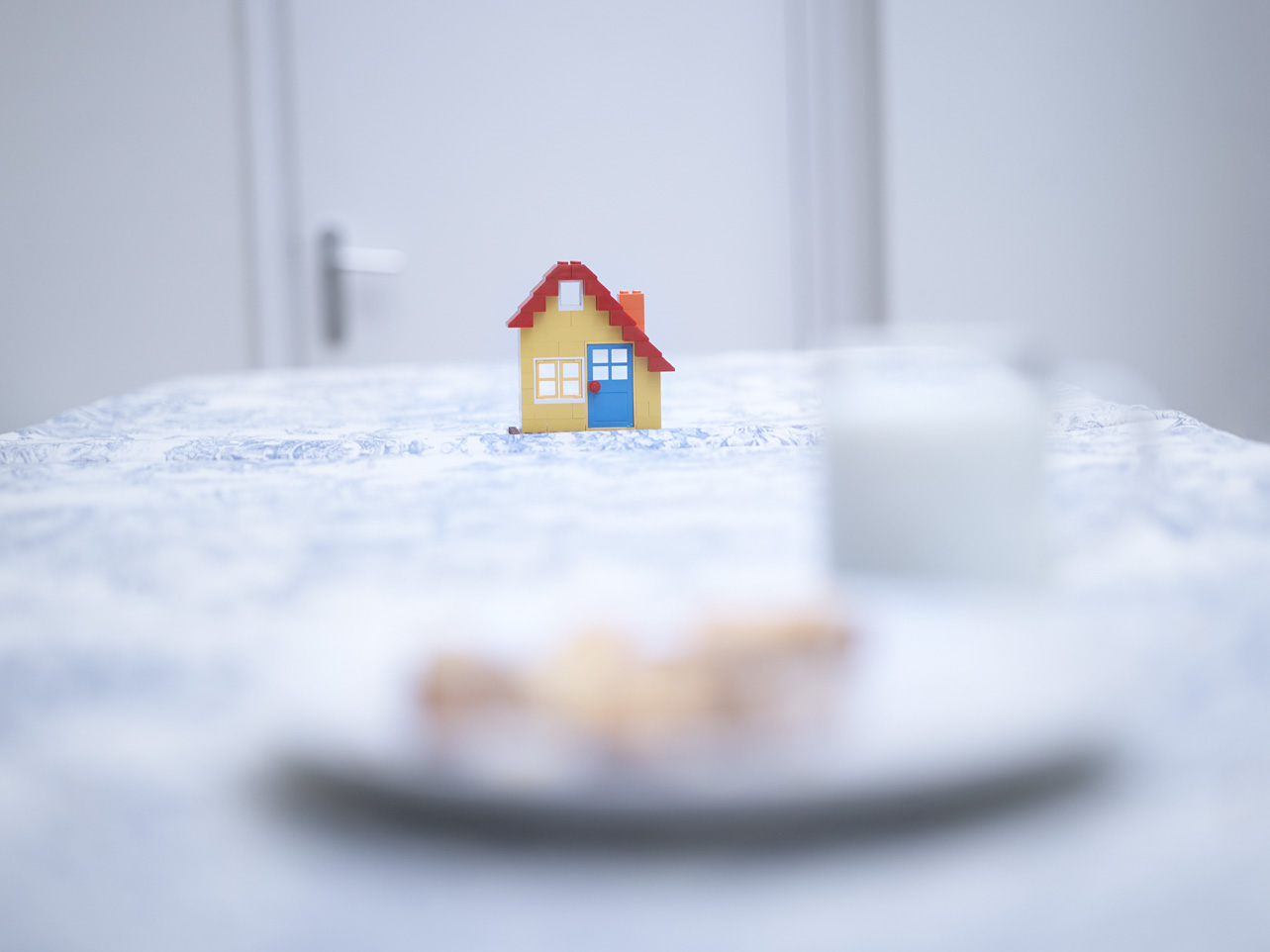 For a short series of photographs about my childhood (a Fotoacademie assignment) I wanted to build a small house with Lego. Sitting at my dinner table, sticking the first bricks on the base plate, peace descended on me. I forgot what time it was and what chores I needed to finish as well that afternoon. Most of all, while building the Lego house I forgot worrying about the end result.


As I write this the experience was several months ago and I have not really played with Lego since, even though it has been on my mind often. Why did I reach flow so suddenly and effortlessly? As a child flow was common, playing or drawing and even sometimes as a student while programming or making music. But after I lost it in my early twenties it was nowhere to be found, no matter what flow-inducing activities I pursued.

How to interpret that I feel so good playing with children’s toys and not so good doing grownup stuff? Is it my inner Homo Ludens that needs some attention? Is the segregation adult vs child also largely artificial? My late grandma who lived to be 90 years old told me, and it rings more true to me with each passing year: my body might get old but in my mind I am still exactly the same as when I was young. The same “I” I think she meant, with passions and wishes and hopes that are not all that different when you’re 90 from when you’re 20. I see that now the same way, my perspective is still the same and I can still envision myself in a better situation in the (near) future. I guess that never changes, even though time is running out and energy depleting.

The concept of the series was not about flow however, the concept focused on something specific I remember from my childhood: that things were often out of reach or forbidden. The frustration that comes with the lack of control over things you have as a child, visualised by these items out of reach. Most things are “because I say so” and not because they must be for some universal or natural rule. As a child I didn’t know how to handle that, as an adult I can ignore those instances that I have to follow some random rule and even secretly depreciate or belittle them.

I have moved my old Lego from my parents’ attic to my own house. Maybe now, after 20 years, I once again hold the key to my flow. Will I open the boxes and start playing?

Bonus for my Dutch readers: an interesting article about Homo Ludens (De correspondent).