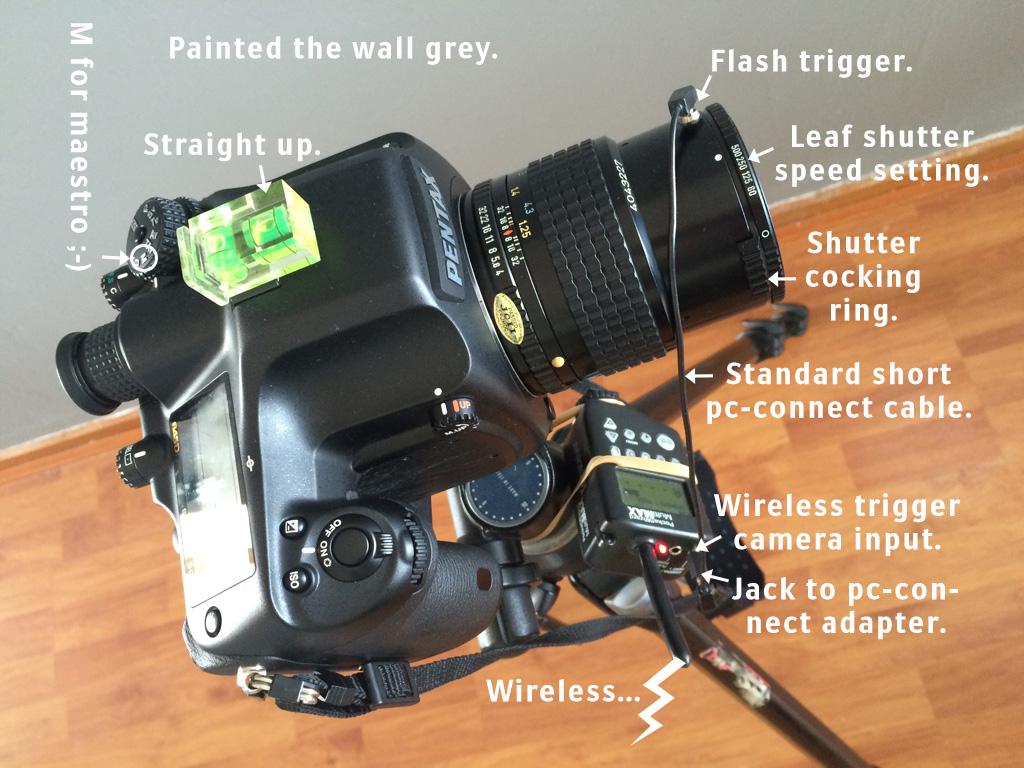 Short answer: yes.
Long answer: until now I have always had enough cord-length to connect my Pentax 135 mm leaf shutter lens directly to the studio flash, but I promised to check whether the wireless triggers I own (Pocketwizard Multimax) were fast enough to be used with the 1/500 x-sync of the LS lens, also because I wanted to know myself whether it would be a viable option to trigger wirelessly, should the need or want arise.

A fast shutterspeed with flash is handy for two reasons:
1) Freeze motion of a model (less ghosting).
2) More leeway balancing natural and artificial light.
The second point is illustrated by my test shots below, the shorter speed allows for less blown-out windows and backlit table surface by the natural light.

After shooting this it occurred to me that it was not very clear whether the flash still resulted in exactly the same amount of light on the subject (even though the artificially lit parts were still somewhat correctly exposed), so I setup a shot later when it was dark, see below. This is 100% flash light (without flash the image would be black). Shown is a crop of the image (near center), with some solid blacks and some blown-out whites, uncorrected of course. The results are good enough for me, exposure seems to go slightly down from 1/60 to 1/500 but this is also the case when I connect the cord (last image), so that is probably due to other factors than the triggers and easily corrected, the effect seems tiny. Pocketwizards Multimax: pass. Leaf shutter: rules.

4 thoughts on “Pocketwizards with leaf shutter: are they fast enough?”