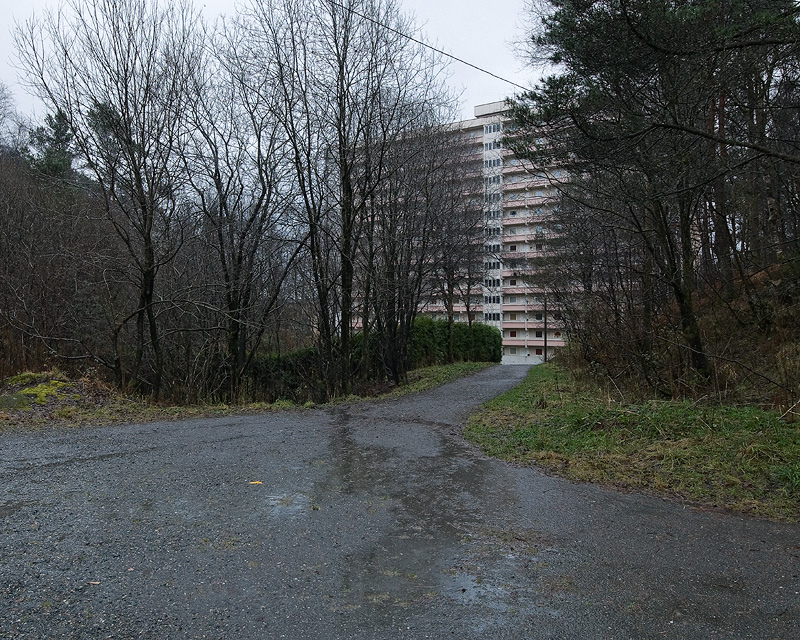 Thorir Vidar: If I had to put a label on myself — and I’m not eager to — it would be landscape photographer.
One of my greatest interests about the subject of landscape is how we, humans, have gone about making it ours. Among other things how we’ve built our homes in it.

Thorir: This one, from Homes. A series I’m very fond of, but an image I struggle with. I find it predictable, too technical. Being able to pull it off was satisfying and all, but I’m not quite comfortable with the photograph.

Thorir: Another series I’m quite fond of—if I can call it series, they’re all from the same afternoon walk—this particular image isn’t among my favorites though. But I find going back to this set interesting because not long after, a year or so I think, I began photographing quite differently. I see them as step on the way, so to speak.

Thorir: Not sure what to say about this one, it has a very personal meaning for me yet I don’t find it,.. good enough. I made it in 2002 I think, and perhaps it’s only natural that the demands on my work have changed since then.
Me: Thank you so much for sharing Thorir, keep photographing.
Thorir: Thank you Joeri, for inviting me.